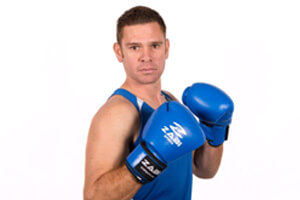 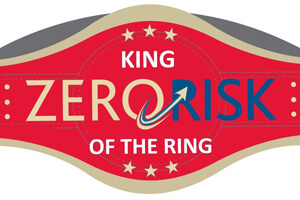 We’ve done it again: we’re sending another team member into the ring for the good cause. After John Penny and Craig Wyllie swapped the tool belt for boxing gloves in 2009 and 2011 respectively, it’s now Chris Rangi’s turn to shine at the 3rd Zero Risk King of the Ring charity event. Our Taupo Project Manager has started training for the big night on 7 December 2013 and is hoping to mirror the success of his predecessors who both won their bouts.

This year’s event will see Chris and 19 other local business owners, managers and personalities put their bodies on the line to fight for local charities. The boxing action will be complemented by live music (including an international act!), entertainment, a lighting show and food and wine.

But it’s not just the sporting action, entertainment and crowd that will be bigger than ever. This year, 16 local charities have been selected to be partnered with the boxers and fundraise for the next 3 months. Chris The Sledgehammer Rangi´s charity is Greening Taupo, a community conservation initiative. You can help Chris raise money by donating via text, online and, later on this year, through bidding at a mega charity auction. Every boxer’s funds and money raised at the auction will be added to the grand total on 7 December which will then be topped up with an additional $25,000. In 2011, a whopping $225,000 have been raised, but Chris and the other candidates hope to raise the bar on that. In order to do so, Chris The Sledgehammer Rangi is training hard to make sure he puts on a great fight.

“Training is going well, but it’s intense. I practise 5 to 6 days a week.” The next few weeks he will focus more on sparring and boxing technique. “It’s all about getting into the ring to condition for the big night!” Chris says he has a sense of butterflies because of the unknown and new experience but he’s feeling confident. His Zero Risk King of the Ring opponent is basically his next-door neighbour who is bigger and weighs more but doesn’t have the same ‘reach’ as Chris. “It will be a tough match and close competition. I’m looking forward to the night and am excited about the experience.”

Here at Penny Homes we have faith in Chris The Sledgehammer Rangi and have already started to support his cause by text. If you’d like to do the same, text ´CHRIS´ to 306 to donate $3.00 to his charity.